John has been a Doctor Who fan since he was 5 years old, waiting patiently for 20 or so years until the show suddenly became a global hit.  Now, he enjoys smugly imparting his extensive knowledge of 1970s television production techniques to new fans.  He is grateful to Porter for suggesting this Podcast as an alternative to just yelling facts and opinions about Doctor Who to random people in the street.  He wrote a book called The Architecture of Privacy, which he wants to mention here because it doesn’t have a huge promotional budget. 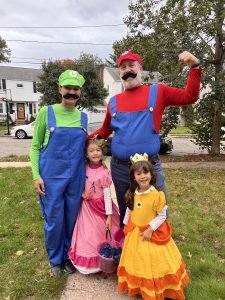 Porter has been a friend of John’s since he was 18 years old. And throughout their entire friendship, as the world around them changed, suffered incredible loss and reached incredible heights, as their own lives took unimaginable twists and turns, the one constant has been: John always has asked Porter to watch Doctor Who. In his spare time while not recording and editing this podcast, Porter creates cute animal comics called Roonie the Rabbit. He also plays Nintendo with his two daughters and scolds his dog for jumping too much. Special thanks to Porter’s wife, Mrs. Probe, who at least listened to the first half of the first episode of this thing. You can contact Porter on Twitter, so why don’t you? 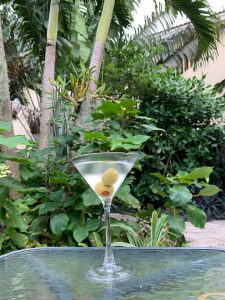 During each recording session for NNTMP, John is accompanied by his faithful sidekick affectionately known as the Probetini.  It’s also less affectionately known as a regular Martini.  The Probetini is a veteran podcaster as well as a fixture on the London stage most recently appearing as Iago to Yahoo Serious’ Othello in a production The Guardian called “deeply disturbing.”  The Probetini is a graduate of the Royal Academy of Dramatic Arts.

Want to make a Probetini at home for the kids?  Here’s John’s recipe:

Stir in a mixing glass and strain into a martini glass.  Add a twist of lemon or an olive.